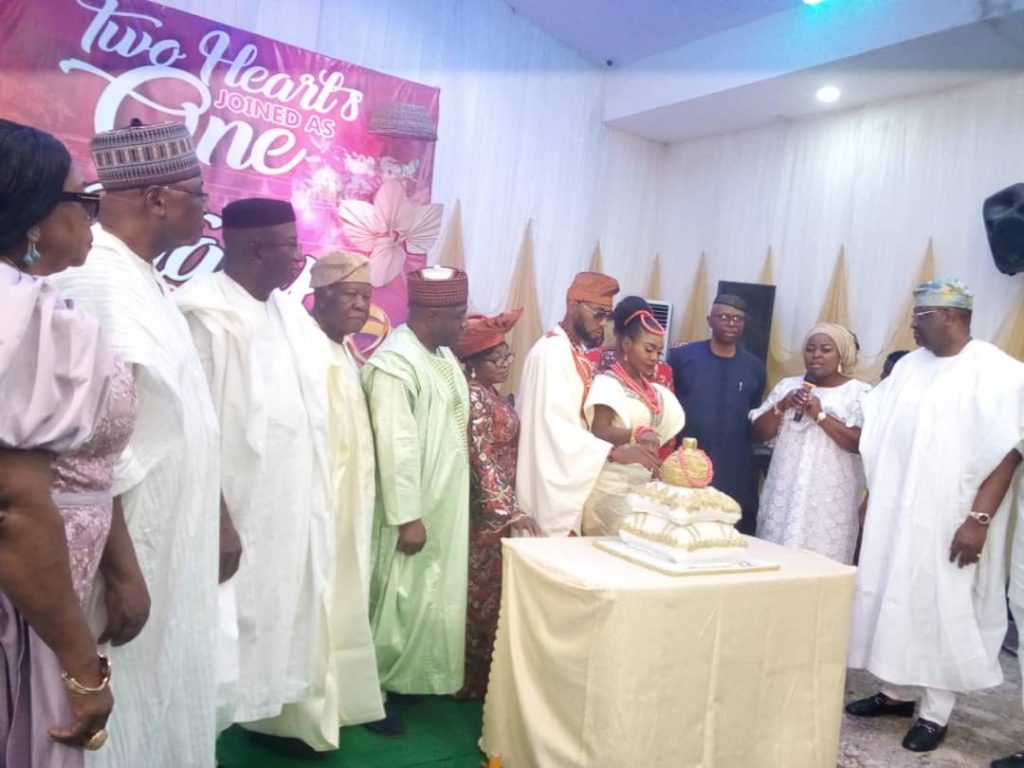 The wedding of Tracey Nwohu, daughter of Abuja-based social influencer and National Coordinator of NPC, Chief Jerry Nwohu aptly reinforced the belief that there is immense power in friendship and human relationship. This perhaps is the key message for guests at Saturday 17 December 2022 event in the FCT.

What was conceived as a modest family event by the Nwohu’s family turned out to be an octane, roller-coaster ceremony of sort. The array of “Who is Who”, A-list guests featuring creme de la’ creme of the society persuasively convinced doubters, that there is powers peoples engaement and what good human relations can amass. In our inner circle we often discussed the depth and deft of that power that Jerry commands. Apart from being a powerful networker and socially mobile fellow, Jerry has over the years combine his social and political exposure and national outlook being a detribalised Nigerian to bring to himself the benevolence value a social networker can derive from friendship, goodwill and association. None of us his friends is in doubt about the huge emotional account Jerry has built for himself over the years, but no one expected an unpublisied family event to attract the arrays of society influencers and political giants that graced the ocassion.

Chief Jerry’s talent and easiness of building blocks of friendship was reinforced by the speech of former Ekiti State Governor, Dr. Kayode Fayemi who was the chairman of the ocassion . Fayemi has espoused Jerry’s gift in building friendship with people across the divides which has endured the tests of time. According to Fayemi, the convenience with which our friend Jerry Nwohu, the father of the Bride connect and build friendship amazes many of us. “Many people may not know how he does it, Jerry find joy in building friendship and relations that last long. Many of us are gathered today for the marriage of Tracey who has become a child to many of us.”. I am particularly happy to be here to welcome the galaxy of Nigerian leaders who have come to honour the Nwohu’s family.

It is very rare to bring together this assemblage of national figures, from different geo-pooitical regions at a time when many people are already on the yultide holiday. But we are not surprise about the turnout of bigwig at the event. Jerry himself epitomise this kind of ideology.

Dr. Fayemi said , JERRY UCHENNA NWOHU is passionate about people, he is always committed to the cause of his friends. Jerry will do anything to keep his friends. He does not only seem to practice that, he lives it. I have not seen a patriotic and detribalised Nigerian like Jerry, if you know any show me. He will have friends anywhere and everywhere, Celeberal, calm, and a go-to- person in time of need. Not only does Jerry network, he make networking a core principle of his life. That is an amazing thing about him that some of us his friends are learning from him. An Ibo man, born in Ibadan, breed in the north and a homer to every place in Nigeria. Jerry personally visited my village, Are Ekiti several times to drink local palmwine, whereas, i am yet visit his community.

It is therefore my pleasure to honour a friend, brother and one of the greatest human i have
known with this piece. Jerry Nwohu “The Mafiaso” keep doing what you know how to do best.

I cherish our friendship and brotherhood. Guests at the modest event includes the following: