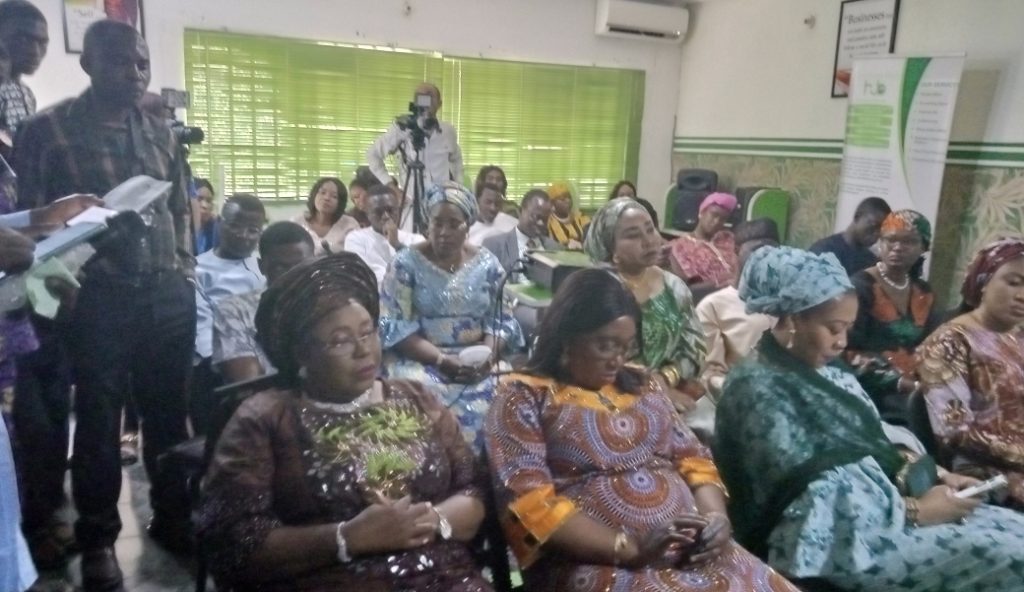 Non–Oil Sector, Agriculture has been the driver of economic activities in pre- and early post – independence Nigeria – Prof. Fawehinmi

The GreenLand News Magazine organised Annual Lecture and Award with the theme: “Leveraging on Non-Oil Sector for Economic Development of the Nation” recently in Abuja.

Speaking on the occasion, the Keynote Speaker Prof. Hakeem B. Fawehinmi said Nigeria has always been an Agrarian Society with income mostly from cash crops such as cocoa, rubber, groundnut, palm produce, timber and Mining. The Non–Oil Sector particularly Agriculture has been the driver of economic activities in pre- and early post – independence Nigeria, accounting for most of its export earnings and employment generation for the then Regional Governments.

According to him, “the discovery of oil in commercial quantities and its boom in the 1970s with the attendant increased inflow in foreign exchange receipts, led to the neglect of the Non–Oil Sector resulting in a mono-cultural economy that is subject to economic vulnerability. This near-total dependence on Oil became sort of ‘a curse’ as it posed a big threat to the stability of emerging economies like Nigeria, especially with the downturn in Oil Sector growth relative to GDP since 2011”

“The Non-Oil Sector are production and service Industries that precludes Petroleum and Gas such as Agriculture, Mining, Information and Communication Technology, Transportation, Manufacturing, Construction, Finance and Insurance, Trade and Services (Telecommunication, Health, Hospitality, Tourism Entertainment, Education, Real Estate). The Non-Oil Sector is the hub of economic activities that has the propensity to open up and fast-track economic recovery, enhance sustainable development that can lead to economic emancipation through diversification. Therefore the Non-Oil Sector forms the main driving force and engine of economic growth trajectory, with value chain effect that can generate employment and enhance industrialization.(Uwatt, 2016 – Fig.s I & II)

“Fluctuations in global crude oil prices and its unpredictability has drastically affected Government earnings, depleting foreign reserves, weakening the Naira with its attendant economic downturn. The year 2019 – 2020 was a turbulent one for Nigeria due to the double negative impact of oil price decline and the COVID 19 pandemic that prompted an almost total reliance on Non – Oil Revenue to fund the 2020 budget.”

Prof. Hakeem further buttressed on Sectorial Contribution to Nigeria’s Economy. According to him, “the Central Bank of Nigeria (CBN, 2014) reported Agriculture as the second leading contributory sector after Oil, since Nigeria’s GDP fell, contributing from 48% in 1970 to 20.6% in 1980 and grew to 23.5% in 2005. The Second Quarter (Q2) of 2021 attained a Real GDP growth of 5.01% (y-o-y) after the previous year’s slow-down and this has been the strongest in the economy since Q4 2014.”

“The Nigerian economy recorded a quarterly GDP growth rate of 3.11% in Q1 2022 and 3.54% in Q2, mostly driven by the Non-Oil Sector and this accounted for 93.37% of GDP (Fig. III). The figures indicate business and commercial activities are returning to pre-pandemic levels as restrictions to movement, domestic and international travels are relaxed.”

Speaking on Oil Sector Versus Non–Oil Sector Driven Economy he said the Oil Sector has contributed more revenue to the federation account than the Non-Oil Sector, but it has not sufficiently sustained the National economy considering the wide spread poverty and unemployment pervading the land.

“The Non-Oil Sector diversification is purported to aid the agrarian and mining society and is in line with the Theory of Comparative Advantage. The Agricultural Sector comprising crop production, forestry, livestock and fisheries can be harnessed to such a level as to provide food security and employment for the populace and serve as a major foreign exchange earner (as enshrined in the Agricultural Transformation Agenda (ATA). Mining has potential to resuscitate and bring needed economic development if well explored. “

In her welcome address, the Editor-in-Chief of the GreenLand News Magazine, Mrs Peace Ofeoshi said the media is the forth estate of the realm, the watch dog of the society and agenda setter. Hence, the media deem it necessary to review issues and government policies for the benefits of the citizens.

According to her, “As an emerging key player in the media sector of the Nigeria economy and in the light of the above crucial objective, the GreenLand News Magazine has chosen her this year annual lecture and award theme as “Leveraging on the Non-Oil Sector for Economic Development of the Nation.”
“It is unarguable that the Nigeria economy is heavily dependent on oil revenue. This has led to the neglect of all other critical sectors like the agricultural sector, the solid minerals sector, etc. Unfortunately, the deregulation of crude oil in the international oil market has resulted to a dwindling oil revenue in Nigeria. This has resulted to the current persistent budget deficit, increasing external debt and consequent sky rocketing debt servicing, low standard of living, increasing unemployment rate among others the nation is facing.”
“As a matter of priority, Nigeria government must encourage the diversification of Nigeria’s economy. It is the only viable way to survive the current environment of global economic uncertainty with the volatility of oil price.”