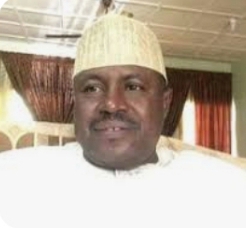 Prof. Uba, Charges Youths to vote for credible Leaders who have programmes for them

The Nigerian Youths have been charged to get their Permanent Voters Cards (PVC’s) to vote for credible Leaders who have programmes for them. Prof. Auwalu Uba made this known at a chat with the GreenLand News in Abuja.

Prof. Auwalu Uba who is the Vice Chancellor, Bauchi State University, Bauchi, said the youth constitute a very large voting population and are the future of the country.
According to him, “like we all know the youths constitute large chunk of voting population and the youths are usually the future of the country as far as the election is concerned. First, there was a campaign for people to get their PVC’s. I pray they have gotten their PVC’s.”

Prof. Uba who advised the youth to shun anti social vices such as drug abuse and cultism. Also encourage them to so build a future for themselves and focused on career building.
In the same vein, Prof. Uba speaks on GreenLand News Magazine upcoming Annual Lecture, which focuses on leveraging on Non-Oil Sector for Economic Development. According to him, “I think this country has gone a long way in diversification, particularly in the area of agriculture, solid minerals and exploration.
He lamented why the youths are not showing interest in studying agriculture in the Universities; and called for focused research to find out why.