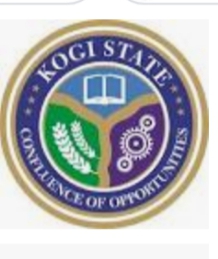 The New Jerusalem Deliverance Ministry is sealed on grounds of medical quackery, today at Ageva, Okene.

The sealing of the Prayer House is sequel to numerous complaints from relatives and husbands that lost their wives or babies, received by the Governor of Kogi Alh Yahaya Bello .

The owner of the church Pastor Peter Adeiza has been apprehended by the Police for the past few days.

Due to the magnanimity of the issue the governor sent a high powered delegation to investigate and use their discretion to seal up the premises.

On the investigation tour to the Prayer House, many people with different ailments are domiciled in the facility. A filthy room dedicated to labour and delivery was also found in the house. It was gathered the pastor doesn’t has background of medical profession nor any other members of the church has medical knowledge. Some people with mental health challenges were chained in the same prayer house.

In an interview with some members of the church, they made public that the pastor administered what they called ‘Water of Life’ on them, which they claimed it has healed their conditions.

The Commissioner of Information Kogi State, Mr. Kingsley Fanwo stressed the action is taken to save the lives of Kogi people , the government is doing alot to ease hardship on people’s health yet people are patronising quack hospitals and prayer homes that are not trained or equipped to carry out such services.

Mr Zakari Usman, commissioner for health averred that the structure is sealed because of medical quackery, criminal delivery of babies by unqualified persons. He said they are sending a signal to all other such places in Kogi. Mr Zakari emphasis even those trained professionals with expired licences the team is coming for them.
He further said it is also a signal to other prayer homes wether Muslim, Christian or Traditional Religion, as long as such place is tagged prayer home they cannot practice any Medical activities.
He said the governor has taken alot of steps to ensure that people get appropriate medical attention, one of them is the renovation and building of new hospitals all across the state. He said about 15,000 people including pregnant women who are registered on The Bello Care Initiative can access medical care to any accredited hospital to give birth free of charge.
Mr Zakari stated that Kogi State Government has provided security and health cover for pregnant women.

One of the victims of the unhealthy practice Mr. Sanusi ,he said he lost his wife December last year in the Prayer House and the said Mr Adeiza insisted corpse will not be released, the corpse was released only after the intervention of the community.
The Police Area Commander, Okene Mr. Ibrahim Usman officially sealed up the Church.
Among the team are Security adviser to Kogi State Governor, Comm Jerry Omodara Rtd, Chairman Okene Local Government.