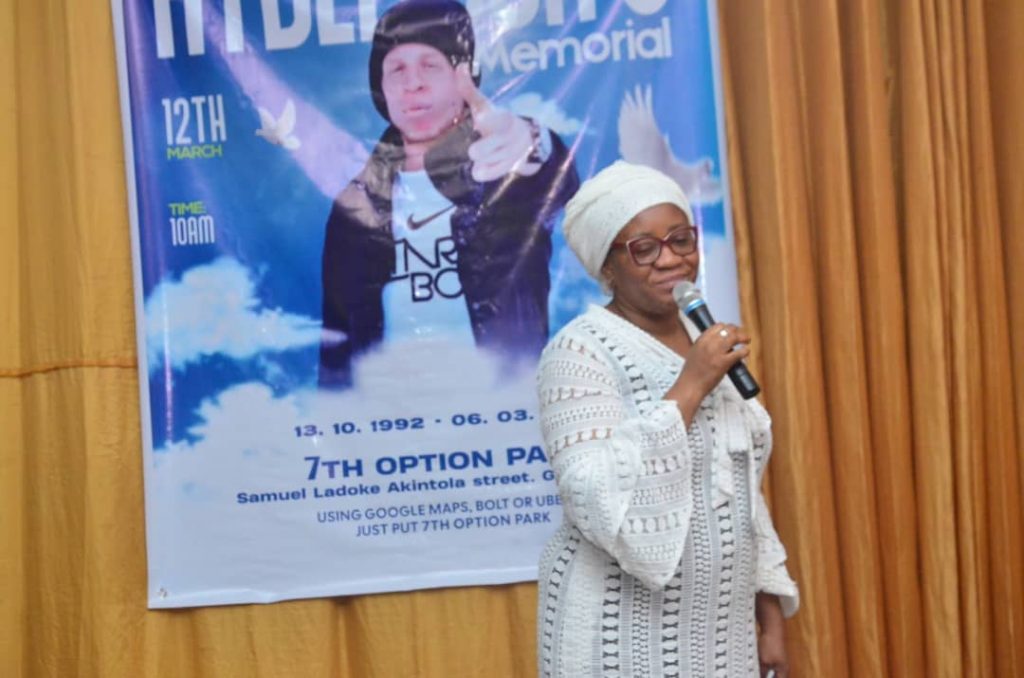 The Legacy of Aybeewon lives on…

It was a great gathering of people from all walks of life; friends and family gathered to commemorate the legacy of late Mr. Abbas Itopa Sanni, a.k.a. AybeeWon yesterday in Abuja.
Abbas Itopa Sanni who was an undergraduate of Department of ICT, Federal University Keffi was also a musical icon, whose life was cut short on the 6th March 2021; by a faceless murderer in Abuja.

Speaking at Memorial Service of Abbas, his Mother Hajiya Rekiya Sanni, said “she can not question God for the untimely exit of the first seed of her womb; but demands justice for the death of her son.

Hajiya Rekiya who is confidence that God will avenge her son’s gruesome murder also described the beautiful and appealing qualities of Abbas. According to her, “Abbas was a peace maker who cared and showed love for people. Honestly, he was a man of peace, a beautiful soul”.
Other family members took turns to eulogies the late music icons (AYBEEWON), who have touched people lives in various ways and prayed God to render justice to his inhuman murder.
The late Abbas, was an up coming music artist, a song writer, composer, graphic designer and a show organizer. He competed and eventually declared winner of the most popular upcoming artist in F.C.T, a musical competition tagged “Naijaloaded Next 2 blow Competition”. Unfortunately, he was murdered 72hours to clinging the victory. Abbas in death was declared despite winner of the contest even after his life was cut short by the evil ones.

However, the Nigerian Police is still searching for the killers and is yet to unravel the motive behind the gruesome murder of the 27year old Abbas Itopa Sanni on 6th March 2021.

Before his demise, the deceased signed a music management contact with Chungai Studio, a business owner and headed by one Mr. Dan Sanni who strangely has neither shown compassion since his demise.

In regards to AYBEEWON Annual Memorial Lecture, Mrs. Rekiya said, “it will be a yearly event or a Foundation; but will consult her family members and the friends of the deceased before she will make it public”.

Hajiya Rekiya appreciated friends of the deceased for the love showed to their late friend and their thoughtfulness for organising the memorial.
She appreciated the love and prayers she has enjoined so far from her families, colleagues from Kogi State Government, and the Staff of the Nigerian Social Insurance Trust Funds. She prayed for the safe return of everyone.