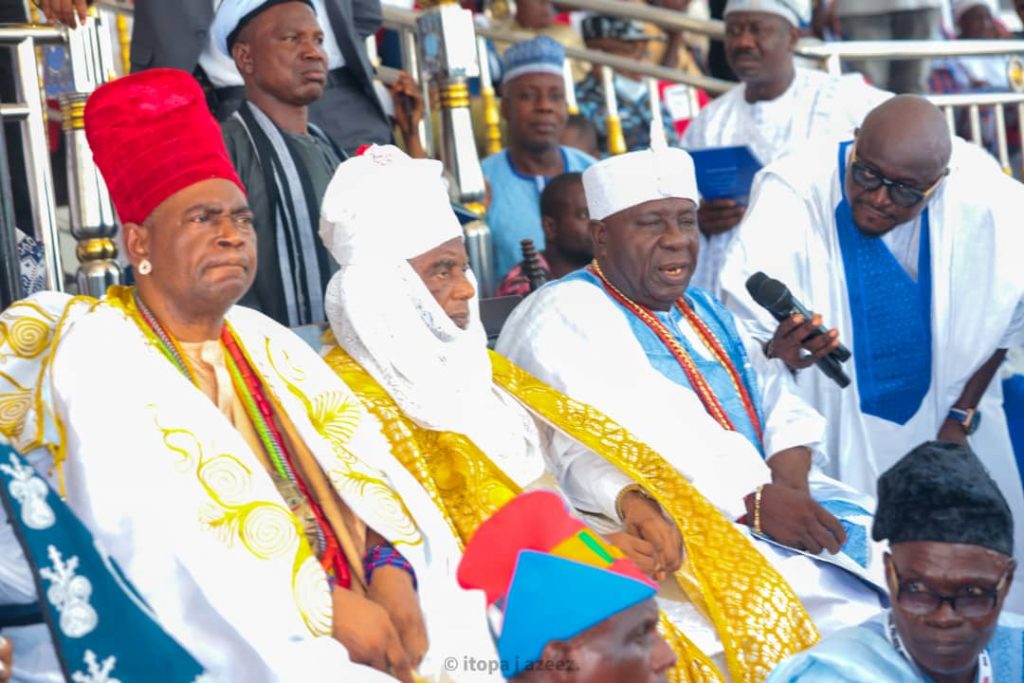 As a way of encouraging the traditional institution to work hand in hand with the government in ensuring security, peace, unity and development in Kogi State; Governor, Alhaji Yahaya Bello has advocated deliberate inclusion of traditional rulers in the process of governance in the country.

This move, he pointed out, would help enhance the search for national peace, unity, security and development, stressing that this is more imperative now than ever with the prevailing challenges of insecurity and ethnic distrust in the country.

Governor Bello made the call today during the epic ceremony of the presentation of staffs of office to 104 newly appointed, graded and upgraded traditional rulers at the newly constructed Muhammadu Buhari Square, in Lokoja, the state capital.

According to Governor Bello, the traditional rulers, by virtue of their positions are closer to their people and would perform better when given defined, statutory roles to perform in the society.

While reiterating administration’s commitment to safeguarding lives and property of citizens, Governor Bello appealed for more cooperation and support from the monarchs in the pursuit for peace and security in their domains.

Kogi, he emphasised, remain the safest and most secured state in the country, saying it is fast becoming a model for others on effective strategies of ensuring unity in diversity.

The monarch who is also the President of Northern traditional council, appealed to government to sustain the efforts by his administration in placing premium on security and well-being of the people.

Earlier, Kogi State Commissioner for Local Government and Chieftaincy Affairs, Barrister Salami Ozigi Deedat urged the traditional rulers to abide by the values and custom of their people.

He charged them on the need to sustain their support to the state government in its determination to govern more effectively, especially in improving the gains already achieved in security, peace and development in the state, warning that they would be held liable for any breach of peace in their domains.

High point of the ceremony was the presentation of staffs of office to 31 first class, 30 second class as well as 43 third class traditional rulers from the 21 Local Government Areas of the state.