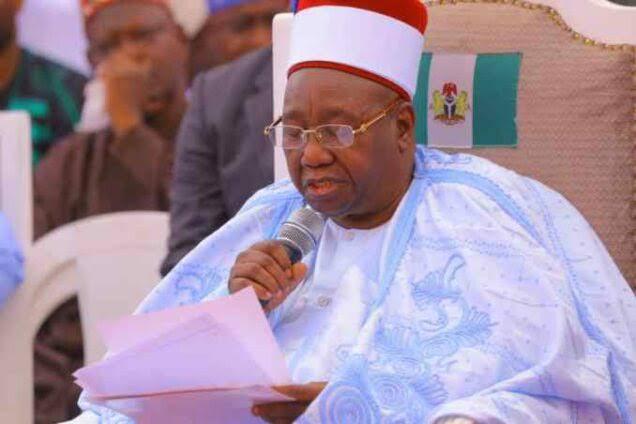 Kogi state Governor, His Excellency, Yahaya Bello, has felicitated with the people of Borno Emirate on the 13th anniversary of Abubakar Umar Garbai as the Shehu of Borno.

Garbai, a member of Kanemi Dynasty, was officially appointed the 14th Shehu of the emirate on March 2, 2009, succeeding Shehu Mustafa Umar of blessed memory.

However, Governor Bello lauded the traditional ruler for his sagacity and unwavering commitment to the people of the emirate even in the face of Boko-Haram insurgency that nearly turned the one-time peaceful state to a hotbed of conflict.

“As every generation will have a mission to fulfil, I am glad that thirteen years on, Shehu Garbai has continued to work consistently to make life easy for the people of the emirate. He was also not deterred by the criminal activities of Boko-Haram terrorists who wanted to render the state a war-torn zone,” a statement issued by Bello’s chief press Secretary, Onogwu Mohammed, read.

Bello expressed joy that the emirate and Borno state is fast healing from injuries caused by the terrorists and that peace is being restored to the land.

Speaking further, the Governor prayed that the Almighty Allah will preserve the life of the traditional ruler in wealth, wisdom and sound health.