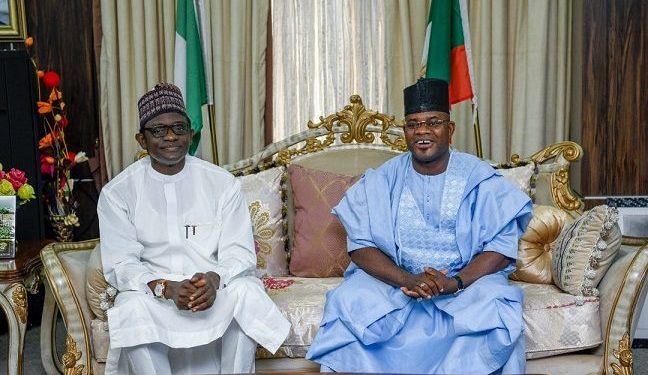 Kogi State Governor, Alhaji Yahaya Bello has felicitated with the Chairman of the All Progressives Congress Caretaker/Extraordinary Convention Planning Committee (CECPC) and governor of Yobe State, Mai Mala Buni on the occasion of his 54th birthday anniversary.

Governor Bello in a congratulatory message by his Chief Press Secretary, Onogwu Muhammed on Friday, described Buni as an astute leader, administrator par excellence and a game changer.

The governor recalled how the Buni-led committee was able to manage the internal wranglings and crisis that engulfed the ruling party at the time he took over and was able to bring great level of stability to the party.

He said the ability of Governor Buni to manage the affairs of the party and at the same time ensuring that governance never suffered in his state, speaks volume of his multi-tasking acumen as a leader.

Governor Bello said he had enjoyed good hands of friendship with Governor Mai Mala Buni right from his time as National Secretary of the All Progressives Congress till the present time.

He prayed God to grant Governor Buni sound health and God’s protection for many more years to continue to contribute his quota to the growth of the party and the development of the country as a whole.

The governor expressed the optimism that the Buni-led committee would be able to conclude its given assignment successfully.