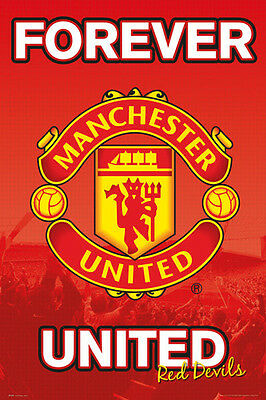 3 exceptional managers onboard for Manchester United

Manchester United’s managerial situation has been a topic of interest over the past several weeks, with the club struggling for form and results, and questions are being asked about Ole Gunnar Solskjaer’s future at Old Trafford. The Red Devils were expected to compete for the Premier League title this season but at this point of time, they sit at sixth in the points table.
Despite the disappointing start though, the club have decided to stick with Solskjaer and it looks like he will remain the man in the managerial hot seat for the time being, despite the many links and rumours.
But that does not mean that his role is completely secure though. The Norwegian will know that he needs to turn the season around for Manchester United as soon as possible.
If he is unable to do that and the club continue to struggle, they might have very few other options than to part ways with him and bring in a different manager in the middle of the campaign. Thus, it might be a good idea to have an eye on top managers who are without a club at the moment.

Manchester United: 3 best managers available right now
Here are three great managers without a club right now, who Manchester United should have an eye on if they decided to part ways with Solskjaer in the future:
Ernesto Valverde is a manager who divided opinion during his time at FC Barcelona. And while his spell with the Spanish giants might not have been the most memorable, it is safe to say that after we have seen how things have turned out at Camp Nou since his departure, it certainly does look much more impressive now.
Valverde has been without a club since he departed FC Barcelona around a couple of years back. He did achieve quite a bit of success during his time at the club though.
And before joining the Spanish giants, he had impressive spells at several other clubs as well. Thus, Valverde is a man with quite a bit of experience under his belt.
Would he be the right fit for Manchester United at this point of time? That is certainly up for debate. But when looking at the best managers available right now, one has to mention the former FC Barcelona manager.
Paulo Fonseca
Paulo Fonseca is one of the most interesting managers who is without a club at this point of time. His last spell was at AS Roma, where he was certainly very impressive, all things considered.
Fonseca spent all of his managerial career in Portugal before making a move to Shakhtar Donetsk in 2016 and it was there that he would enjoy tremendous success in what turned out to be a brilliant three-year spell.
He would get the AS Roma job after that and interestingly, in both of seasons with the Italian club, his side averaged more points per game in the Serie A than Jose Mourinho’s have done till now in the current campaign.
Fonseca has been linked with quite a few Premier League clubs in recent times without a move materialising till now. And if Manchester United did need a new manager in the middle of the season, he must be someone they should have their eyes on.