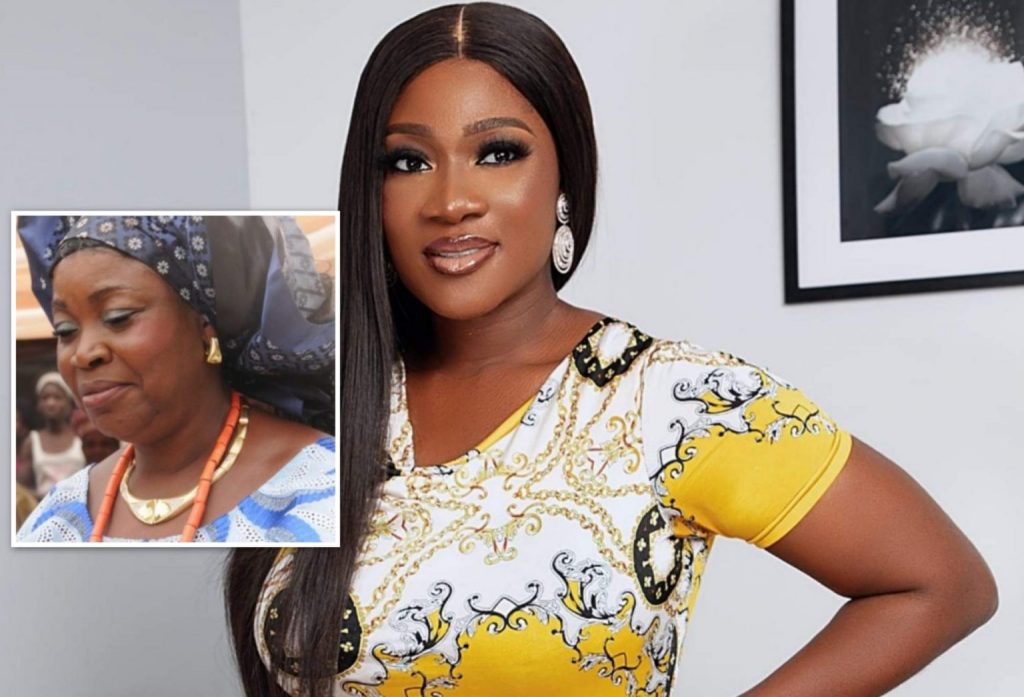 Multiple award-winning versatile Nollywood actress, Mercy Johnson has been spotted in a video cooking Garden Egg Sauce which emerged from her cooking show aired on TV and shared on her YouTube channel.

According to the award-winning actress, her late mum had magic fingers when preparing Garden Egg Sauce that her father used to call her Ebatu and that’s probably what she has also inherited.
She further flaunted her culture as a native of Ebira themed on her traditional outfit and her luxurious adornments