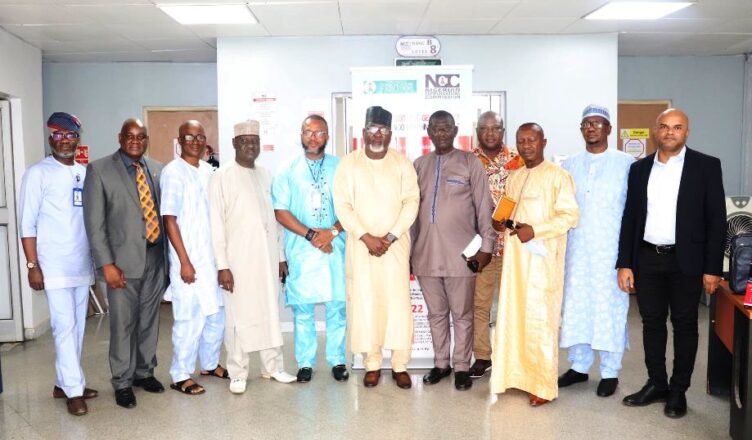 Nigeria’s global ranking as a model in telecom regulation, and her status as a leading light of operational efficiency, solidarity and collaborative partnering in sub-regional and Continental telecommunication sphere, received a boost recently when a delegation from the National Telecommunications Commission (NATCOM) of Sierra Leone, paid a visit to the Nigerian Communications Commission (NCC) for benchmarking of NCC’s regulatory policies, programmes and activities.

Brewah expressed gratitude to NCC for the reception despite the short notice given and stated that NCC’s gesture resounded the value it accords to the relationship that exists between the two organisations. He thanked the Management of NCC for the opportunity offered his team and described their interaction with many departments of the NCC as very engaging, quite rewarding and very contextual, considering that the two countries operated under similar circumstances and have had to contend with similar operational issues. Brewah regretted that the short notification was due to equally engaging sessions he and his team had at a recent forum of the West African Telecommunications Regulators Assembly (WATRA).

Maska, who warmly received the visitors, informed them that the EVC was scheduled to carry out an important international assignment before the planned visit of the Sierra Leonean counterpart was received by the Commission. He told the visitors that, otherwise, the EVC would have loved to personally receive them because the NCC attaches great importance to visitations and exchanges by its counterparts, especially in the sub-region and on the Continent.

The ECTS said that the value NCC bestows on sub-regional and continental collaboration and partnership explained EVC’s gracious approval of the request and directive to him to receive the Sierra Leonean delegation despite the short notice. Maska said the NCC Management was pleased by the fact that the NATCOM delegation found the visit and the engagement with many departments of NCC quite rewarding. He said the Nigerian Communications Commission is quite appreciative of the trust and confidence reposed in it and in Nigeria by institutions like NATCOM, and the NCC looks forward unreservedly “to also learn how Sierra Leone handled some of its challenges in telecom regulation and other matters of similar interest because we are also seeking ways of improving our operations.”

Engr. Bako Wakil, the Director of Technical Standards and Network Integrity (DTSNI) at NCC, also expressed joy at seeing the Sierra Leonean delegation. He thanked them for the visit and expressed NCC’s willingness to share more information with the visitors, especially on Quality of Service (Qos) matters, one of the central issues on which NCC never rested its oars in ensuring continuous improvement. The NCC Management team that received the visitors include Reuben Muoka, Head Special Duties, whose Department co-ordinated the reception for the NATCOM team, Hafiz Shehu, Chief of Staff to the EVC, and Dr. Omoniyi Ibietan, Head Online Media, who represented the Director Public Affairs, Dr. Ikechukwu Adinde.

Other members of the delegation from Sierra Leone were: Hon. Brima Mansaray, Member of the Information and Communications Committee of the Parliament of Sierra Leone; Paul Squire Esq., Member of NATCOM Board of Commissioners; Abdul Bah, Director Information Technology at NATCOM; Harding Tommy, Director Policy and Government Relations; and Shaka Sasha, Manager, Fraud Management Systems. The delegation had engaging interactions with many arms of NCC including, the Departments of Digital Economy, Licensing and Authorization, Legal and Regulatory Services, TSNI, and Policy, Competition and Economic Analysis.